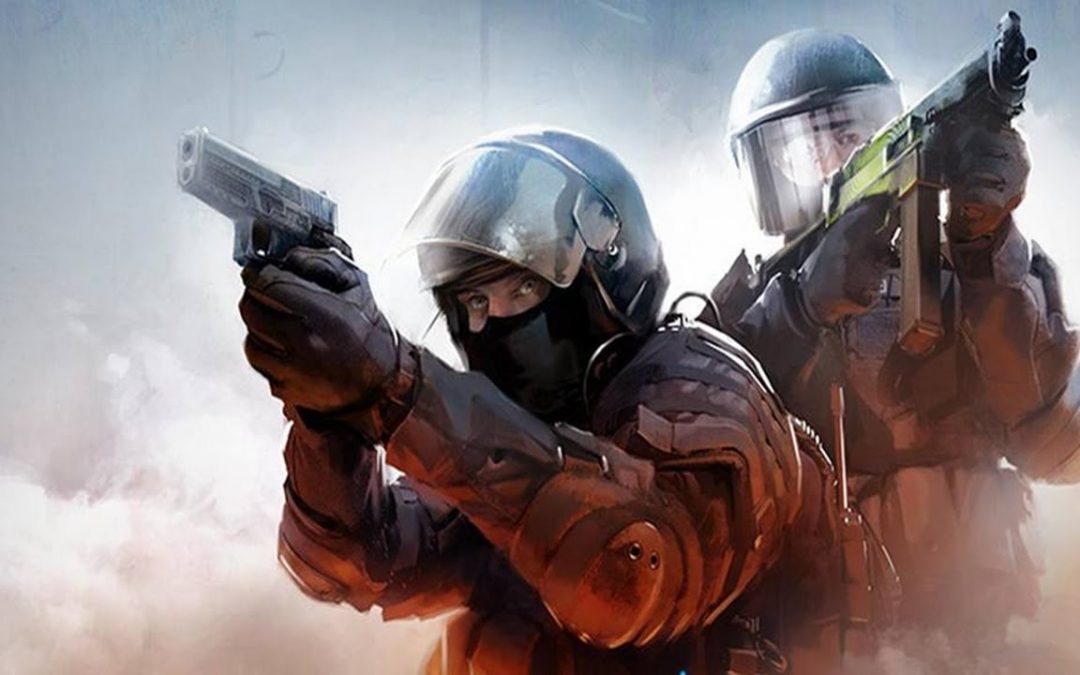 This part of the guide will primarily focus on Casual and Competitive play, but some concepts can be applied to other modes as well. This will be more strategy-oriented; for information about the game itself, check out part one here.

Both teams spawn on opposite sides of a map with $800. The first round is known as the “pistol round” because players don’t have enough money to buy a primary weapon at the start of the round. On these rounds, players can decide between buying a kevlar vest, utilities, and/or a better pistol. These rounds set the tone of the game, and the team that wins the pistol round is usually at an economic advantage for the next few rounds unless they lose the following round(s). In pistol rounds, players can not afford helmets, so many pistols are a one-shot headshot kill at any range. This mechanic alone gives the Counter-Terrorists an advantage, as the glock’s one-shot range is very low compared to other pistols. 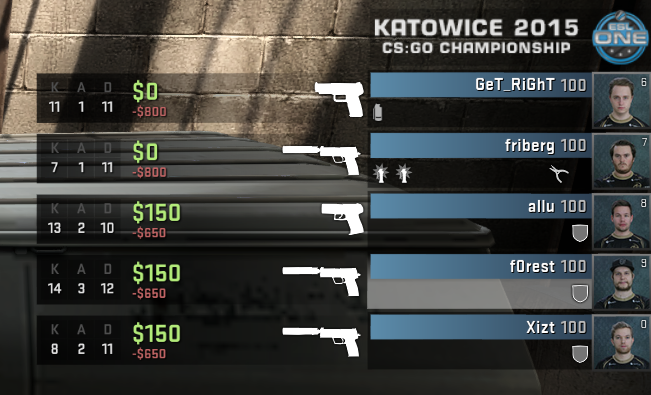 During pistol rounds, many players opt for armor, but having one defuse kit as the Counter-Terrorists can be helpful.

BUY ARMOR! Some people don’t understand the power of armor when they start playing the game, and so they assume they don’t need it because it costs extra money. Buying a helmet is essential, too. Without a helmet, players are exposed to getting killed in one shot. The Counter-Terrorists don’t need helmets if they are confident that the Terrorists are only using AK-47s and AWPs because both of those guns are one-shot headshot killers anyways. Armor is also not usually bought when teams are trying to save money, because they can utilize close corners and surprise to hopefully get a kill or two.

YOU CAN NOT RUN AND SHOOT! This mechanic causes the most trouble for new players. Unlike other video games, you must be still, or walking while crouched to fire your weapon accurately. This means that you can not simply run around a corner holding down the trigger expecting to get a kill, because you will be killed by a player standing still. Although standing still might make you feel like you’re exposed, you have to remember that your enemy needs to do the same. One technique people do in order to fake other players out is to move in one direction, then suddenly stop and kill the enemy. This makes it harder for them to track you and you might be able to catch them off-guard when you stop.

BUY AND USE DIFFERENT GRENADES! This occurs at many skill levels, especially in uncoordinated groups like in matchmaking or Pick-Up Games (PUGs). Players often forget the importance of a well-placed smoke grenade or flashbang grenade. There are countless tutorials on YouTube and maps on the Steam Workshop dedicated to teaching you how to line up various nades for different purposes. Some of these are so simple that every player should know them. For example, on de_dust2, it’s common practice as a Terrorist to throw a flashbang (or two or more) over Long Doors to flash Counter-Terrorists on the other side. Similarly, it’s imperative to smoke off the Counter-Terrorist spawn from A Long when pushing onto the A Bombsite as a Terrorist to block vision from rotators. Throwing a flashbang so it explodes right as it passes a corner is enough to blind almost any potential enemy. Although they can’t completely kill an enemy with 100 HP, HE grenades can be thrown at enemies with low HP to finish them off and doesn’t always require peeking corners.

CS:GO has some other mechanics that make it unique. Many of these you’ll pick up with experience. For example, one technique commonly used with pistols and rifles is sidestepping. After moving one direction, skilled players can time their shot and fire right when they switch directions so they can hit accurate shots and remain very mobile. This is extremely popular on pistol rounds, as the high movement and acceleration speeds with pistols allow players to become very difficult to hit. Another technique is called shoulder-peeking. This is used by players to peek around corners that are being watched by snipers. To do this, face a wall and move horizontally towards the corner and switch directions right before your head peeks the corner. Your shoulder will be visible before your head, so snipers may take their shot expecting a full peek or push. This is popular in higher ranks where players have quick reaction speeds.

The in-game economy is one of Counter-Strike’s most unique features. In order to acquire new weapons, players must spend in-game money. This money is earned after getting a kill, planting the bomb, and at the end of rounds. If a team wants to save up for more expensive guns or they have very little money overall, they might choose to take a “save round.” This is also known as an “eco round,” where the team will spend little to no money at all during a round in order to conserve money. For example, a Counter-Terrorist team on an eco round might buy three P250s, one defuse kit, and one flashbang across all five of their players. This totals to $1500 and each player only spends the bare minimum. A Terrorist eco round might look like four Tec-9s, one smoke grenade, and one flashbang grenade. On eco rounds, Terrorists usually rush toward one Bombsite and try to do everything they can to plant the bomb in order to earn more money. If the Terrorists plant the bomb but lose the round, they will all receive an extra $800.

There are other methods of managing economy in CS:GO, and managing your own economy is just as important as keeping track of your enemy’s. One way is choosing the right type of weapon. For example, getting a kill with any SMG (with the exception of the P90) will reward the player with twice the normal reward, but getting a kill with an AWP only gives a third of the usual amount. One way to utilize this mechanic is running an “anti-eco” round. If one team thinks that the other is low on money, they may choose to buy SMGs in order to create a low risk, high reward scenario. That way, they will use guns that are more effective against unarmored opponents, give a high kill reward, and are not very useful if an enemy gets a kill and steals the weapon. As a team loses consecutive rounds, the amount that they earn at the end of the round increases until a team loses five rounds in a row.

As a team racks up more consecutive round losses, it becomes easier and easier to climb their way back into the game. However, this mechanic can be abused by the winning team. If a team wins many rounds in a row then loses one, winning the next round will “reset” the other team’s economy. Although the losing team will win one round, losing the next will set their loss bonus back down to the default value. This forces them to save for another round or two before being able to fully buy again.

Pros aren’t made overnight. As with any skill, practice and time are required to become good at CS:GO. It’s impossible to achieve perfect aim, and players at every skill level practice their aim frequently. Deathmatch is a great resource, but CS:GO has a lot of other features that make aim practice easier. There are workshop maps for spray control, aim, and reflex practice. Deathmatch on community servers is great too because some servers have certain modifiers like headshots only or pistols only. For game sense, you can watch pro matches or play on execute or retake servers. Retake servers start rounds off with the Terrorists having control of a Bombsite, and the Counter-Terrorists need to “retake” it by gaining control of the Site and defusing the bomb. Execute servers place Terrorists in positions near a Bombsite and lines up and throws smokes for them. If they take control of the bombsite, the Counter-Terrorists can retake it. Subreddits like /r/RecruitCS are great tools for finding teams of your skill level in your region. Playing with the same group of players is a great way to improve chemistry and could even sow the seeds for the next upcoming pro team. Once you feel like you are ready to take your skills to the next level, check out some third-party sites for finding matches. Sites like ESEA, CEVO, and FaceIt let players play Pick-Up Games on better servers with better players, and have leagues for teams to enter if they want the highest level of competition.

ESEA has leagues that allow players to compete at the highest level and to fight for a shot at the ESL Pro League.