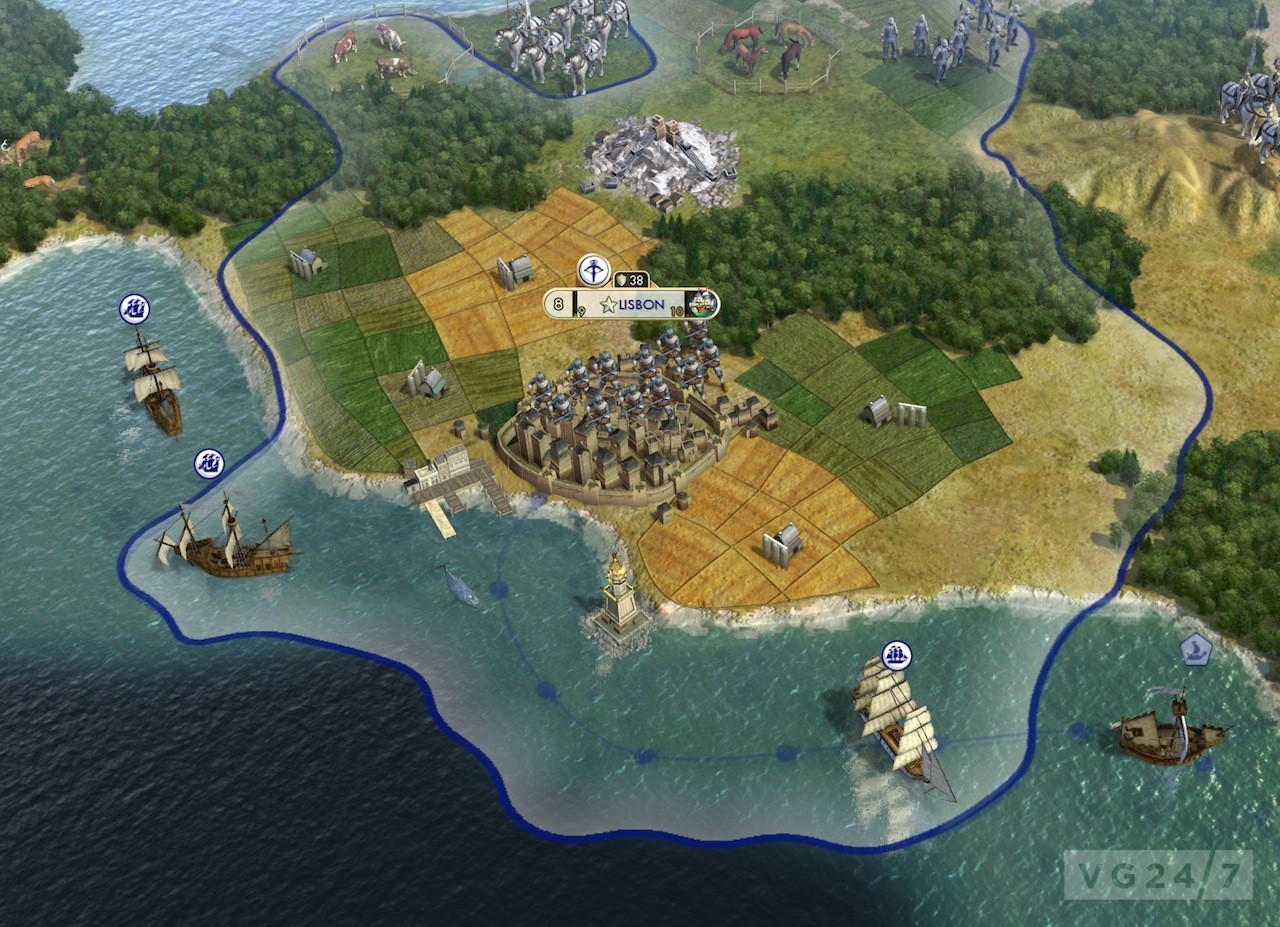 This is an expansion pack for the highly praised, turn-based, strategy video game that allows you to build world empires from prehistoric times into the future on Windows and Mac platforms.

The focus with this expansion pack is on culture and diplomacy. World trade between nations gives you the chance to influence the global economy.

As the leader of your culture its up to you develop ideologies that highlight certain values that have impact on the entire world through your actions in the World Congress. As history unfolds you will see the effects of your decision making polices evolve through the ages.

With the Brave New World expansion pack you can choose to lead the new civilizations of Assyria, Brazil, Indonesia, Morocco, Poland, Portugal, the Shoshone, Venice, and the Zulus. Each new civilization has newly designed, individualized traits, units, and architecture for their buildings and structures.

As the leader of your people you can choose to instill certain core values into the culture which are divided into ideological categories that include: Freedom, Order, or Autocracy. As these ideologies develop through history they accumulate experience that leads to progressively influential abilities. These abilities lead to different sorts of victories in ways that you can hand tailor from the beginning. Decisions you make from the very start, in relation to which ideology you choose for your civilization, will affect your associations with other civilizations until the end of the game.

Diplomatic relations between different civilizations becomes the focus as city-states form alliances. Voting on important propositions such as placing sanctions on a nation whose actions conflicts with others, setting restrictions on what resources can be gathered, choosing host cities for World Games competitions, or even the usage of nuclear weapons. This level of political activity creates an atmosphere of intrigue that makes for a varied game playing experience with unpredictable outcomes affected by voting and trading.

Science, religion, and cultural influence can all be disseminated through lines of commerce radiating from the central nexus where you choose to build your city, be it inland or on the coast. As your technology evolves and your economy grows stronger your web of trade influence expands to include more and more nations of the world. Your civilization will develop its own original, cultural strengths that will create its legacy in world history. Make decisions like wether to invest in low traffic, safer trade routes or take on paths through more dangerous stretches of territory leading to more lucrative ventures. Conversely spend time and resources on building inroads to your city that allow valuable resources from afar to flow into your coffers.

In the Brave New World expansion 8 new Wonders of the world are brought into play such as the Greek Parthenon, Broadway of New York City, Shakespeare’s Old Globe Theater of Elizabethan England, and the famous art gallery of Florence, Italy know as the Uffizi.

Enter the dramatic historical conflict of a divided American nation with the American Civil War scenario that pits the capital cities of Richmond, Virginia against Washington, D.C. Choose to represent either the Union or the Confederacy as intense warfare breaks out along the Eastern coast of North America.

The giant, dark continent of Africa becomes the arena in the Scramble for Africa where nations battle to colonize its native populations. Forge your way into the interior to discover the mysterious riches and natural resources hidden in the vast wildernesses at its heart.