The Decline of Swedish Dominance in CS:GO 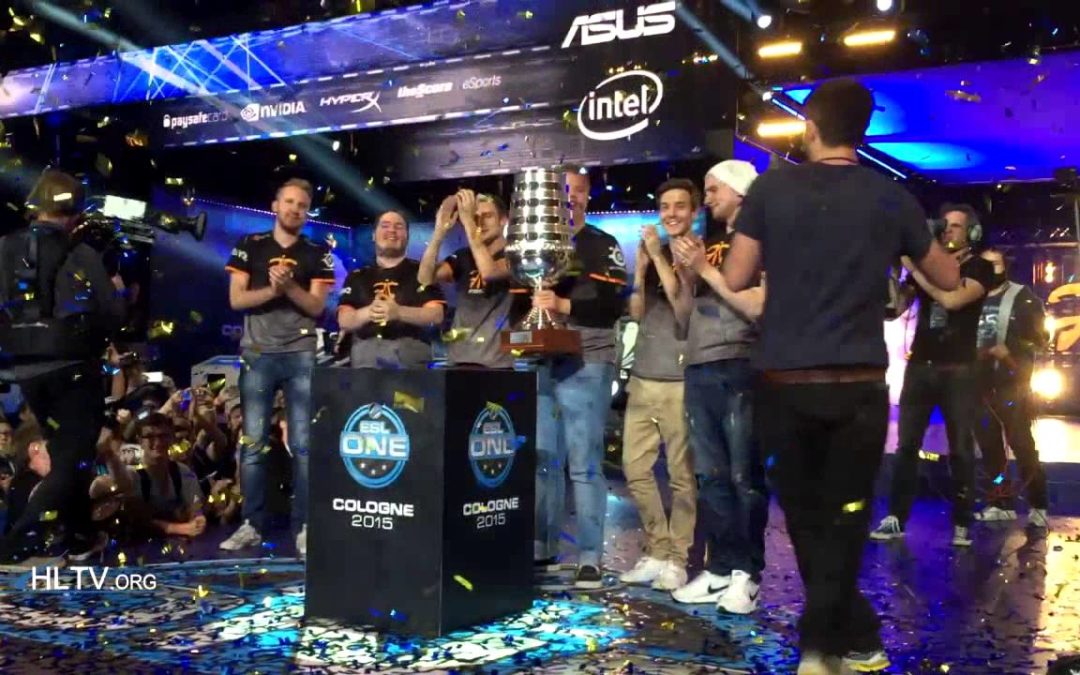 Swedish teams have been the dominant force in Counter-Strike for over a decade. Prior to the Dreamhack Cluj-Napoca 2015 Major, Swedish teams had achieved first or second place in every CS:GO Major tournament. Ninjas in Pyjamas were finalists in the first five majors in a row, from Dreamhack Winter 2013 all the way to ESL One: Katowice 2015. Swedish players make up eight out of the top twenty-five players in terms of prize money won, and those 8 players alone have won a total of over $2.75 million, while Swedish players have won a total of over $4.6 million throughout the years. fnatic maintained 1,000 points on the HLTV leaderboard for over 3 months, which is the longest streak of all time and lasted from mid December of 2015 through late March of 2016. Names like olofmeister, JW, GeT_RiGhT, and friberg are household names for Counter-Strike fans across the globe.

However, it seems that the Swedish giants are slowly being defeated. Swedish teams didn’t make the finals of any Majors in 2016, and the formation of GODSENT brought fnatic to a whole new low. After the release of flusha, JW, and KRiMZ from fnatic to GODSENT, both teams achieved disappointing results. This transfer resulted in the loss of fnatic’s Legend status at the upcoming ELEAGUE major, as three out of the five players who competed in the previous Major are required to maintain Legends status. Once fnatic reacquired KRiMZ (and their Legends status), fans hoped that fnatic would return to their former glory. With the core roster reunited, fnatic dominated the Dreamhack Masters Las Vegas Qualifier after beating G2 eSports and jalapeno.

Before they participated in Sin City for their share of $450,000, fnatic first needed to compete in the ELEAGUE Major in Atlanta. Fnatic had a stellar performance, especially considering that only three out of five players from fnatic’s Cologne 2016 roster participated at the event. Fnatic dominated the Swiss Stage, losing only one map to G2 eSports. They comfortably secured their Legend status once again by defeating North, mousesports, and Team EnVyUs. Their quarterfinal match was against Gambit eSports, and after beating them, fnatic’s next challenge was Astralis. Astralis 2-0’d fnatic in the semifinals, and went on to win the entire tournament after beating Virtus.pro in the grand finals.

fnatic had an impressive run in the ELEAGUE Major, and after the tournament ended, they finally swapped JW and flusha to reunite their godly roster. fnatic fans rejoiced after seeing their team revived, and had high expectations going into Dreamhack Las Vegas. Although they didn’t lose a single map in the Las Vegas qualifier, fnatic was only able to secure a 9th-12th place finish, and didn’t even make the playoffs. They won one match against Misfits, but were destroyed by Gambit eSports and Virtus.pro. NiP’s performance in Vegas was only slightly better. They made it to the quarterfinals, but lost to Astralis who were still on fire from their victory at the Major.

NiP had a slow year as well, and achieved an all-time low when they failed to qualify for the ELEAGUE major. They were able to secure Legend status going into Cologne 2016, but were upset by FlipSid3 Tactics in their decider match and were forced to participate in the ELEAGUE Major qualifier. In the qualifier, they won their first match against Renegades, but were upset three times in a row against HellRaisers, OpTic Gaming, and finally Vega Squadron. Their 2-16 loss to the relatively unknown Russians on Vega Squadron instantly became a meme, along with Cloud9’s disappointing finish at the qualifier. Redditors on /r/GlobalOffensive made countless jokes about things like a potential grand final between NiP and Cloud9. 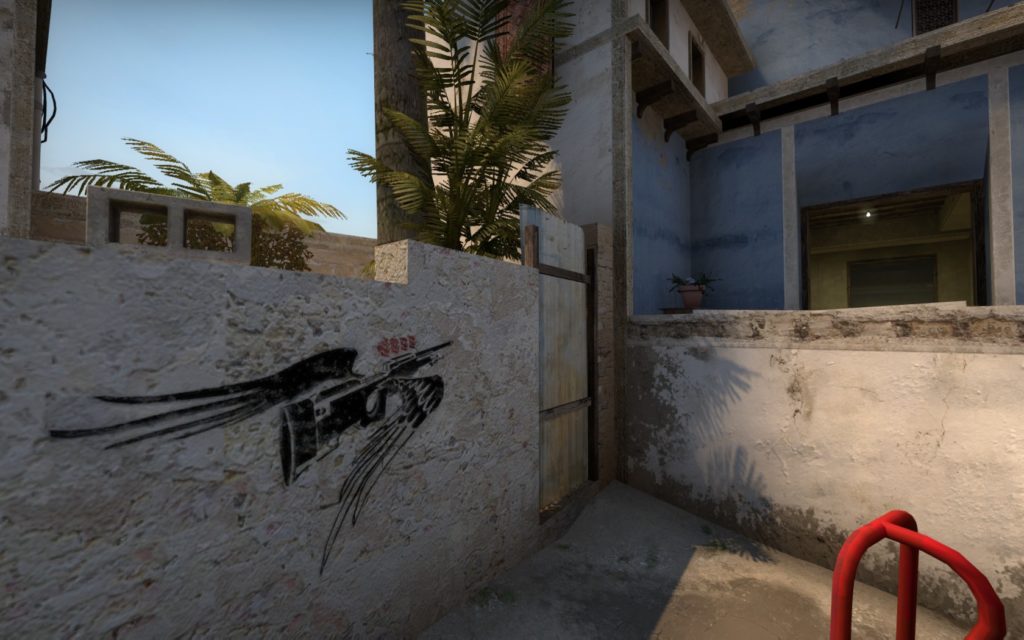 coldzera’s graffiti near the B bombsite on de_mirage

Following Dreamhack Las Vegas, IEM Katowice 2017 took place from March 1st-5th and was full of incredible upsets. Although the playoff bracket only consisted of the top six teams from the group stage instead of eight, Katowice was technically the first large tournament of all time where Virtus.pro, fnatic, SK Gaming, and NiP didn’t make the playoffs. It was also the first large tournament since September of 2016 at StarLadder i-League StarSeries Season 2 (try saying that five times fast) where three of the teams in the playoffs were primarily Danish. Another meme was born during Katowice that made fun of the fact that there were more players named “Niko” (NiKo on FaZe Clan and niko on Heroic) than Swedish players (MODDII on Heroic) in the playoffs.

The Brazilian titans on SK Gaming have clearly shown that they can make their mark in the professional scene. SK (formerly Luminosity Gaming) won two consecutive Majors, which is a feat only paralleled by fnatic. SK’s coldzera was named the number one player of 2016 by HLTV, and pulled off one of the most famous plays of all time. coldzera’s AWP 4K against Team Liquid at the MLG Columbus Semifinals is now forever embedded in de_mirage with a graffiti on the wall by the van near the B Bombsite. Plays of this caliber were previously only achieved by (surprise, surprise) fnatic. When a truly historical play occurs, the CS:GO developers add in a commemorative graffiti matching the play. These works of art are placed in or near the locations of the play as a way to congratulate and embed the players who enacted it into the game itself. The “olofpass’ boost on de_overpass is by far the craziest SSG08 play ever, olofmeister’s ninja defuse while burning alive in a molotov was one of the closest rounds in CS history, and fnatic’s 4-man AWP firing squad was a bold display of dominance over Team EnVyUs.

Is Swedish dominance dying, or is the rest of the world starting to catch up? Many people still consider Swedish teams gods, even though they had zero presence in Major finals in 2016. Danish team Astralis has also maintained the number one spot in HLTV’s rankings for almost three months (as of March 8th, 2017) in a row. The competition throughout the globe is increasing, and the Danish team Astralis is starting their reign of destruction over the professional scene. SK Gaming is also making history, and have won two majors in a row like the former gods on fnatic.

I’ve been a fan for Astralis since their formation from Questionmark, and have loved the OpTic Gaming organization for years now. The ELEAGUE Season 2 finals and the ECS Season 2 finals were emotional rollercoasters for me, and I didn’t know who to root for while my two favorite teams battled for first place. One of my favorite moments as a fan of eSports was seeing Astralis and OpTic take the number one and number two spots respectively on HLTV (on January 16th-29th, 2017) and I am proud of the rest of the world that has shown their strength on a global scale. There was a long period of time that lasted almost a whole month where not a single Swedish team was in HLTV’s Top 5. I hope that the rest of the world can continue to grow and diversify top-level Counter-Strike, and that the popularity of eSports as a whole can continue to increase.