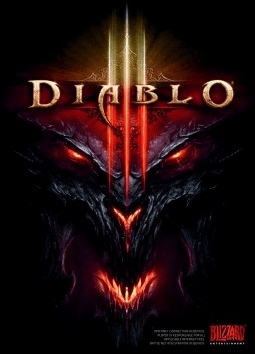 Diablo 3 was not the best game out there for Blizzard. After 12 years, the company finally released the sequel to the well-loved hack-and-slash horror game, Diablo 2, and it was a huge flop. First off, they gave it away to hundreds of World of Warcraft players when they signed up for the annual pass, and then the storyline wasn’t incredibly innovative or exciting. Overall, Diablo 3 had a lot of issues and really struggled to get its feet off of the ground. Now, there’s news of a Diablo 3 Expansion.

This week, Blizzard started a website that is clearly meant to be a teaser site to make Diablo players start thinking about the game. It’s time for the Diablo 3 expansion to be revealed. To be fair, I just picked the game up again after a year of not playing it, and I still enjoy it for its hack and slash value, so I’m excited about a new expansion coming out for the game.

The Story Until Here

If you’ve never played the Diablo series, it’s actually relatively easy to pick up and understand the storyline. Diablo 3 does an excellent job of catching you up with what happened in the first two games; it’s just not very good at executing the rest of the story. I understood what was going on after playing through the first act and reading a couple sources. One of the best sources that you will find for the timeline is on the Diablo Wikia.

Diablo 3 picks up at the end of days. Tyrael, the archangel, is thrown to the earth as a mortal. The dead rise and heroes arrive in New Tristram, where Leah and Deckard Cain are living. You, as the hero, goes through several stages, trying to stop the prime evils  still alive from becoming the sole prime evil.  If you haven’t played the game yet and don’t want to know what happens, skip to the next section.

Diablo, who was long thought dead, had his essence inside of Leah. Leah dies, and Diablo assaults the high heavens. You, as the hero, save the day along with Tyrael, and Tyrael is given back his position as the aspect of Wisdom. Diablo is cast down and the high heavens, along with Sanctuary, are saved.

Where Will the Diablo 3 Expansion Story Go?

Where can the story go from here? You would think that it was over, but there are a couple scenarios that can occur. All of these are speculation; the actual storyline won’t be revealed until the Diablo 3 expansion is revealed (likely later this week at Gamescon so that the big reveal at Blizzcon is the next World of Warcraft expansion).

– Option two: Malthael, the former archangel of wisdom, was lost at one point. He is known to have an obsession with balance. He may see that good cannot exist without evil and become corrupted in order to restore balance.

– Option three: Leah’s spirit still existed out there, according to dialogue. Perhaps part of the storyline will focus on saving Leah’s spirit and restoring it to a body, free of Diablo’s corruption.

– Option four: Imperius, the archangel of valor, becomes wrathful and becomes corrupted. (There are a lot of corruption storylines here, aren’t there?).

– Option five: We, at some point, help each of our companions face their own inner demons as part of the story arch.

There are obviously only speculations about the Diablo 3 Expansion; nothing definite has come out yet. I am someone who really enjoys story though, so I will likely get the expansion so that I can check the story out for myself.

Story isn’t the only thing of concern to the Diablo community; many Diablo players are curious about gameplay, if extra levels will be added, and whatever else you can imagine. I’ll be exploring those potential concerns in an article next week.