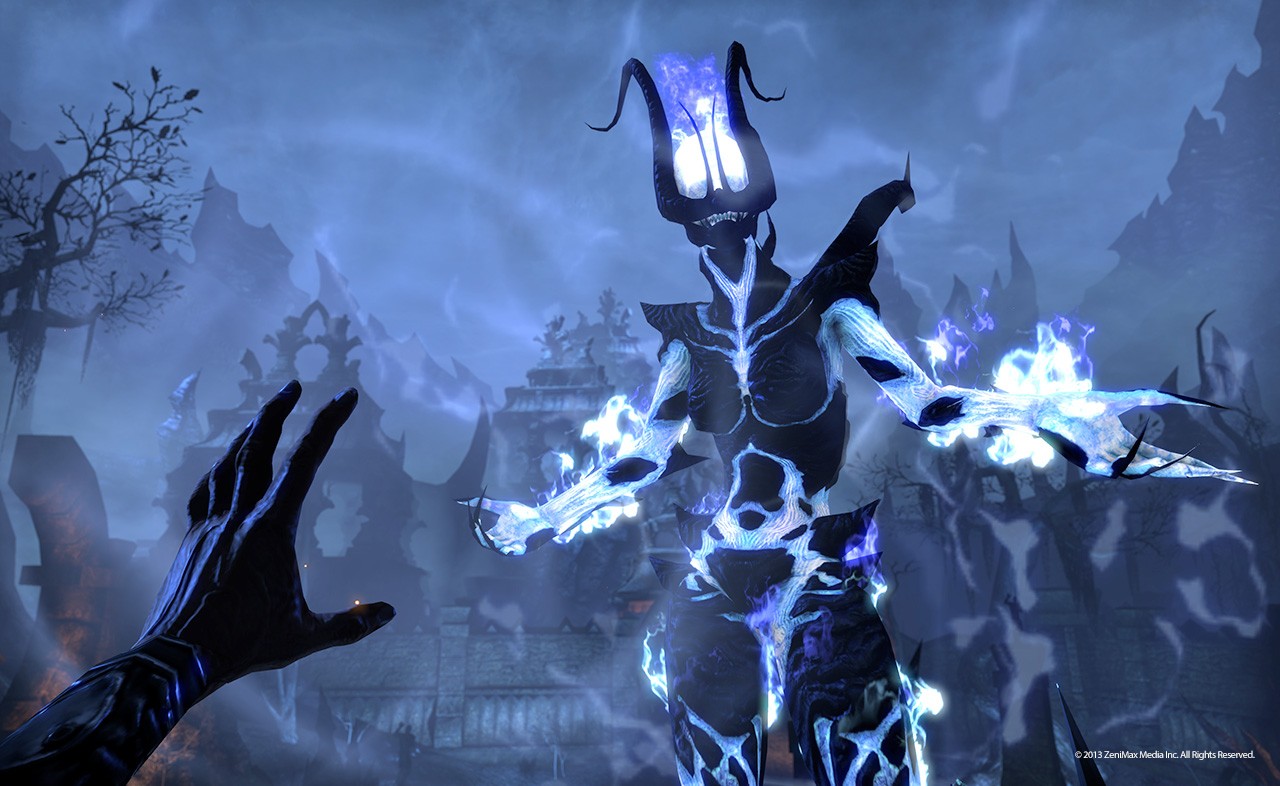 Bethesda has developed completely new major game systems to bring to you an online version of The Elder Scrolls that remains familiar but renovated with thousands of hours of new content. Combat is said to be more exciting and responsive and past quest issues have been fixed. Here’s a look at some of the game’s features.

You’ll be able to re-distribute attributes or skill points to your character if you make an error or simply want to change the skill set for a different style of play. This will come at a cost though. Before you can switch up attribute or skill points you’ll have to visit a shrine in the game and make an offering of gold. Alternatively, you could begin focusing on developing different skills through gameplay and you’ll be able to earn enough points to evolve your character in a chosen direction that way as well.

In a game like the Elder Scrolls, with so many ways to develop a character along particular lines such as armor, weapons, guilds, and other skills, some might wonder: “Why bother having a class system in the first place?”

First of all, you can begin the game right away by choosing an archetypal character with a particular style of gameplay. The established archetypes ensure you have something comfortable to start with, or on the other hand, they offer new types for you to explore the game world with. By having contrasting skills associated with specific class types it creates a multiplayer environment where players can compete and cooperate creatively by utilizing the strengths and weaknesses of each other’s classes. As character’s progress you’ll be at liberty to shape them as you like towards an endgame outcome. Having a rich diversity of classes from the beginning sets the foundation for balanced multi-player interaction that will inevitably lead to stand-out individual characters.

Trying out new armor or weapons won’t cripple your game play. Your character will be able to attack and defend at the same level as the weapons or armor previously used. There are, however, active and passive abilities in each new skill line that can be unlocked over time for you to take advantage of all the beneficial features associated with them.

A skill line can be developed to higher levels, and probably will be, than your character level.

Your character’s abilities will morph when you attain a specific level through using them, earning skill points. To morph you will have to spend a skill point. Abilities can be morphed one single time only.

Attribute points for each category may be distributed however you choose for your character. There is no maximum or minimum limit in any one area.

Skill lines in character class, weapons, and armor progress in level by completing quests, entering new environments in the world, effectively picking locks, and myriad other activities such as crafting, collecting books if you’re a mage, or killing Daedra if you’re a fighter. Killing other players from rival faction in war will also advance skills associated with which side you’re on.

Characters are not limited to a certain number of professions. All trade skills could be mastered by any one character. This would take a huge amount of time though at the expense of developing other aspects of the character.

New skill lines have been developed to be useful when fighting other players or cooperating in sieges of enemy strongholds. There is also an Emperor skill line associated with the endgame goal of attaining the seat of the Ruby Throne.