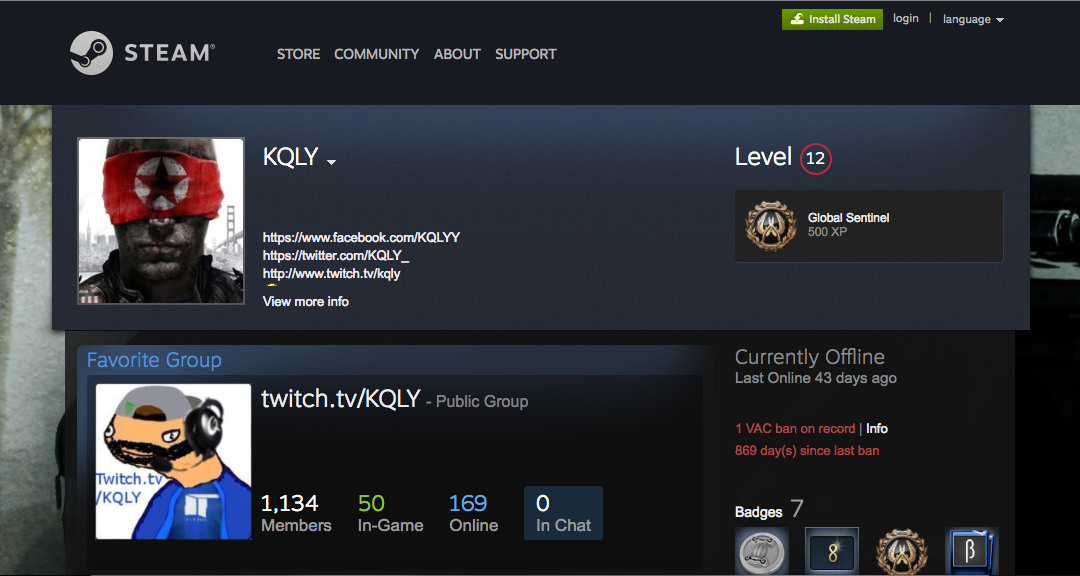 ESL has recently made a change to their rules which allows players who have received a VAC (Valve Anti-Cheat) Ban to play in ESL events, as long as two years have passed since the ban’s issue date. However, they have remained firm on the ban of the former iBUYPOWER core roster: steel, swag, AZK, and DaZeD. ESL stated that they wanted to remain consistent throughout all bans from CS:GO (ESL uses their own anti-cheat system called ESL Wire that has a 2-year suspension from ESL competitions). Whatever remaining fans of the former “stars” KQLY, sf, or emilio (just to name a few notable banned players) were excited to see their players have a second chance at glory. The rest of the Counter-Strike community (myself included) is outraged at ESL’s decision.

Although VAC is great at detecting cheaters, it is not perfect. Cheaters occasionally slip through the cracks in the software, and third-party websites like ESL, faceit, and ESEA all take additional measures to prevent cheating by using their own software that detects more “strains” of cheats. A VAC ban prohibits players from playing on VAC-secured servers, and a message is displayed on the banned player’s profile stating the number of accumulated VAC bans (but it doesn’t explicitly state the game), and the number of days since the last ban. Along with this, CS:GO has a feature in-game called Overwatch that lets experienced players review match demos of players who have been reported for cheating and/or griefing (team-killing, intentionally losing matches, going AFK for extended periods of time, etc). Cheating can take the form of aim assistance, where a player uses software that aims automatically for players. A player can also use vision assistance, which allows them to see enemies through walls. There are other ways to cheat such as creating a bunnyhopping script to allow the player to move faster than normal, but these are not as prevalent. Cheating ruins the integrity of Counter-Strike, and should be treated with a zero-tolerance policy on any level of play.

Sadly, there is another method of cheating that only occur on a professional level: match fixing. The most well-known case of match fixing occurred on August 20, 2014 where iBUYPOWER intentionally lost a match against NetcodeGuides.com. On January 26, 2015, Valve released a statement banning all of the iBUYPOWER players (with the exception of Skadoodle because he didn’t share any of the profit from the match) from Valve-sponsored events “indefinitely.” This is the most popular occurrence, but Richard Lewis recently provided new evidence suggesting that match fixing happens more often than people think on a semi-professional level. The players that have been banned by Valve are also banned by most other third-party sites’ leagues. For example, ESEA lets those players play in Rank S (a PUG system for pro players), but does not allow them to play in leagues.

Although ESL claims that they want consistency in their bans, section 2.4.3 of the IEM Rulebook states that “betting against yourself… will be punished by disqualification… and a minimum of twelve months ESL-ban.” Why isn’t this a two-year ban? Wouldn’t that be more “consistent?” What makes fixing a single online match worse than cheating in who knows how many tournaments? Numerous pro players have the same opinion on this issue. A VAC ban prevents players from using official Valve servers (which are basically the entire game) forever, so these players shouldn’t be able to use third-party sites either. Even though the players can play again in ESL events, it doesn’t mean that they can play anywhere else. It also doesn’t mean that a team will want to pick them up. They will never be able to play in a Major, so no team will want to form with a player who can’t compete at the highest level. ESL will also probably not be hosting a Major anytime soon, as fans have been very vocal about ESL’s decreasing production quality.

Although I don’t think the players would cheat again, I would feel uncomfortable playing with someone who has cheated in the past. Even though I started following the pro scene after these players got banned, I still heard about them. The term “KQLY shot” is still used today when playing on Dust II while trying to land a jumping AWP shot on A site. Although emilio isn’t talked about as much in-game, I quickly found out about him on YouTube and how he was banned in the middle of a match against HellRaisers. These players have a lasting legacy of cheating, and in my opinion, will never be able to play on a tier-one level again. It has been over a week since people noticed these rule changes, and none of them have made announced joining a team.

I feel the same way about iBUYPOWER, but it seems like the community thinks that they should be allowed to play again. Match fixing is much easier to hide, and there isn’t really any way to know that they would or wouldn’t fix matches again. iBP was probably the top team in North America at the time of their ban, so it is sad to see that all of that talent was destroyed. However, they made a horrible decision, and should pay the price for it. If they were smart enough to think about their future, they wouldn’t have done something as ridiculous as throwing a match for money. The CS scene has grown tremendously since the time of their ban, and the former iBP roster would have made more money if they were still officially competing today. I watch DaZeD and steel’s YouTube videos all the time, so I know that they can still compete with top players in North America.

In my opinion, ESL’s rule change was ridiculous and stupid. Cheating and match fixing both ruin the integrity of this sport, and there is no legitimate reason why any of those players should ever be allowed to compete again. The VAC-banned pros need to stay on their “VACation” forever, and should be treated the same as every VAC-banned player. If ESL is going to lift the bans from cheaters, then they should also lift the bans from the match fixers because they are just as serious as each other. Many people argue that the iBP players “deserve a second chance,” and that Valve’s ban was “too harsh.” These players knew what they were risking, and now they have to pay the price for what they’ve done. As previously stated, this ban probably just gave these players a sense of false hope, because there is no way they will be able to truly play at the highest competitions again because the Majors are sponsored by Valve.