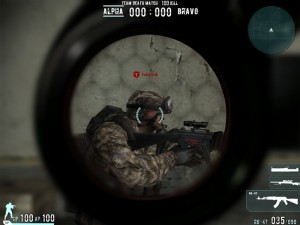 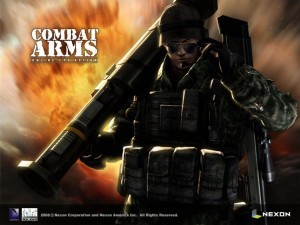 Fight with over 10 million other players in Combat arms a free to play online fps, by nexon.

Customization, modification, and creativity surprisingly play a key element in this fps game. Where most fps games have limited customization on guns if any at all, this game takes the call of duty approach and takes it a step further, allowing you to customize your guns, body armor, backpack, and character to the point where, if you want to be a slow moving character, and carry tons of guns, you can. If you want to be super fast, and get in the enemy’s face you can do that too. The progression system in this game, outmatches any of the call of duty games. Not only are you competing for levels, and xp, there are some ranks in the game,  that only a few people can hold onto at once, if you want to hit the highest rank in the game, you have to not only earn, it, but fight to keep it.

The game offers one of the largest selection of game modes in any fps game on the market, from capture the flag, to deathmatch, and Bomb defuse, they have got it all.

Beyond pure statistical, and application in weapon customization, the game also offers many cosmetic options for the characters, and fully loaded models of guns with exclusive skins for a cash premium.

The great thing about this game is that you dont need to spend money in the cash shop to win. You might have to play a bit longer, and work for items you want, but all of that makes you a better player in the end.

This game is probably the best weapon rental/MMO shooter we have played. The game suffers from a few problems that honestly are pretty easy to overlook, unless you want to take the game very seriously in a competitive sense. Personally we played this game back in 2008 when it was still in beta, to about 2010. We played the came competitively for a time too, in WOGL (World Online Gaming League). Basically our clan were some of the best in the game. If we lost a clan match, it was because the other team were using some kind of hack. We got into the Wogl league, and smoked all of the competition no one could stop us. That was until one team disputed the match, basically upset because they had lost pretty harshly, and called us hackers. Our team went under investigation after the event, and while no one was found guilty, we were unable to play, because not all of us had strong enough computers to record the game in fraps, and play it at the same time. We ended up using another screen capture program, that didn’t lag the game at all, but apparently recorded at about 7 fps in terrible quality, which didn’t really let the admins see what was going on. Frustrated we then quit the game, and went back to counter-strike.  Needless to say, we really enjoyed the game, and we’re usually ones to nitpick about things like bad clipping in maps, non-perfectly responsive controls, but we were able to give that up to play this game, there’s really something great and special in it.