Keeping an Eye on Gamescom 2013 Coverage 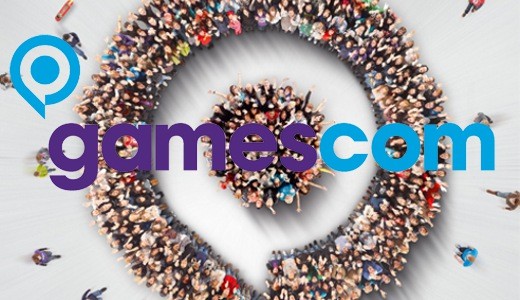 As you likely already know, Gamescom 2013 is this week in Cologne, North Rhine-Westphalia, Germany. Gamecom is a huge international video games trade fair, and this is often the place where titles available for the holiday season for announced. Gamescom 2013 is no different, especially with the announcements of the Xbox ONE and the Playstation 4 earlier this year. Keep reading to check out some of the big announcements from Gamescom 2013.

Playstation 4 and XBox One

Both Microsoft and Sony took advantage of Gamescom 2013 and announced the games that will be launching with their consoles. Instead of rehashing what other sites have done an excellent job of doing, here are the lists of release titles for the PlayStation 4 and the Xbox ONE. Each of these platforms have some awesome titles coming out at launch. But, I will share some of them that I personally think you should keep an eye on.

Both the PS4 and the XBox One are releasing sequels to some of the most enjoyed on the market. Call of Duty: Ghosts, Battlefield 4, Lego Marvel Super Heroes, and Assassin’s Creed IV: Black Flag are all being released at the launch of both consoles. So if you’re a fan of any of those games, you’re probably still on the fence about which console to choose.

Oddly enough, the PS4 doesn’t appear to have a lot of titles coming out of launch that are from Sony. One of note, though, is DC Universe Online. DC Universe Online is Sony’s way of stepping into the MMO market without going into PC gaming, so this should be an interesting game to watch. And who doesn’t love superheroes? That may be a game-changer for some people who are still on the fence about which console they want.

The XBox ONE, on the other hand, has several titles that are unique to the console. But, if you look closely, a lot of them appear to focus on the casual gaming market. Since releasing the Kinect, XBox has been trying to stick their feet into Nintendo’s casual gamer realm with variable success. As you can see, some of the XBox titles include Zoo Tycoon, Peggle, and Zumba Fitness. Are they trying to go after the casual gamer market again? We’ll have to wait and see as more titles are released.

Another interesting thing to note: Indie game developers seem to be coming into the limelight. Both Microsoft and Sony seem open to the possibility of bringing in indie games to their consoles via their online stores and to the console itself. It’s neat to see how gaming companies are becoming more open to those who develop games on their own, because that opens up all sorts of creative opportunities.

Nintendo is still a big deal, even though the Wii U has been going short with sales since it launched (I truly believe it will get more sales as the price goes down). Even though Nintendo did not do a big press conference like Sony and XBox did, Nintendo’s still got some awesome things at GamesCom 2013, the most notable of which is Pokemon X and Y for the Nintendo 3DS.

Being from the Pokemon generation has made me a lover of everything Pokemon, even though I haven’t played in a long while (I plan on getting a 3DS before the year’s out). The 3DS version is definitely the most interactive and innovative of the titles. New Pokemon will be available to capture and collect, you can build relationships with your Pokemon (similar to Nintendogs) and there are features that are unique to X and Y like Mega-Evolutions and Super Training modes. If you love Pokemon, definitely consider picking one (or both) of these up when they come out.

Other Nintendo titles featured at Gamescom 2013 includes Wind Waker HD, Sonic: Lost World, Mario 3D World, Mario Kart 8 and The Legend Of Zelda: A Link Between Worlds. So there seems to be something for everyone that loves classic Nintendo titles and games, which is exciting.

PC Gaming is also popular at Gamescom 2013. Here are some of the highlights:

– The Sims 4. For Sims lovers, EA is finally releasing some details, including a more detailed game engine and “smarter” Sims.
– Diablo 3: Reaper of Souls. I mentioned this the other day, but more details are finally released and it looks absolutely amazing.
– Titanfall. Titanfall is technically an XBox 360/XBox ONE/PC release, but a lot of people seem to be really excited about the PC version of this. Think of your classic first-person shooter with some unique adjustments.
– Elder Scrolls Online. Maybe this is only in my group of friends, but lots of people seem to be beyond excited about ES:O. This MMO is going to be on a subscription model, $15 a month like World of Warcraft’s. But if you loved Skyrim, ES:O may be a great game for you as well.

As you can see, there’s a lot going on at Gamescom 2013 in every aspect of gaming. If you want to check out live blog coverage of Gamescom 2013, check out The Mirror to get updates in real time.  What announcements from Gamescome 2013 are you excited about? Leave some comments, I’m excited to see what you think.