The Next Level. Part 1: Awareness

Hey everyone, James here. I’d like to welcome you all to a new series about taking your skill to the next level. In this part we will talk about In-game awareness. Awareness is one of the most important things to learn and improve on, but it is a skill you continually improve on, no matter how high level of play you achieve.

Map awareness is all about knowing where the enemy champions are, how they are moving, and when the minions will appear. No matter what position you are playing in, the map is very important. As you play, you will need to learn to glance at the minimap and figure out where every enemy is very quickly.

The most important though, is to watch the lane closest to yours. This means if you are a top laner, you need to keep an eye out to where the Mid laner is, because they are the closest lane to you, and could roam into your lane to gank you. Mid lane has the hardest time as they have to watch out for the top and the bottom lane. 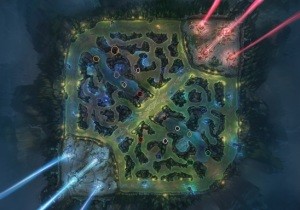 Warding is also very important in map awareness. If you have a ward or vision in the enemy jungle, you can figure out how and where the enemy is moving to, you can figure out when the buffs respawn, and make plans on how to counteract their movements. Remember, at most a single player can have 3 green wards (Sight wards) and 1 pink ward (Vision Ward).Sight wards last for up to 3 minutes (or 3 hit if revealed) and are invisible. Vision wards last forever until destroyed (5 hits). A vision ward gives vision just like a sight ward, but it also gives vision of invisible units and of sight wards.

Situational Awareness is very important for your lane presence and power. You need to be aware of how your lane opponent is moving and playing. If they are being very aggressive, but don’t have the ability to beat you in a one on one, it can be a signal that the enemy jungler is moving into the lane to gank. If the enemy is playing a bit far back, or safe it can mean the opposite. This is also useful is your jungler is ganking, because if the enemy moves back, it means they know about the gank.

Also part of situational awareness is knowing what the enemies moves do, how strong you are in comparison to them, along with cooldown timers. If the enemy just used their ultimate, you can assume in most cases that you have a brief window where, if your ultimate is up, that you have a lane advantage. The same with summoner spells, if you have your flash, and the enemy just used theirs. They very weak to ganks or a lot of pressure for the next 5 minutes (the cooldown of flash without specific masteries or boot enchants).

The final part you need to be aware of for situational awareness is how things in your lane and with your lane opponents effect your objective control. If you are the bottom lane ADC (Marksman) and the enemy ADC just recalled to base, you have the positional advantage on the Dragon. In this case, a good move would be to ping that he is gone, and call out to your team that it is a good time to try and take down the Dragon. If you midlaner or jungler are not in a good position as well for this maneuver though, don’t force the team into this position.

Positional Awareness is important for team fights and late game seige. In a team fight, where you are can mean the difference between losing the team fight, or acing the enemy team. As tank, you want to be on the front line, protecting your APC and ADC from the enemy, because they are your main source of damage. But at the same time, you have to avoid getting caught in crowd control and burst down before the fight even starts.

As an ADC your job in a team fight is to do the most damage you can without dying. This means knowing where you are in relation to the enemies and figuring out how to deal damage to their back line (The enemy ADC and APC) without getting hit yourself. Also, depending on the enemy champions, you might have to take other things into consideration, such as Area of effect range. In the team fight, your team may need to be spread apart a little ways so they the enemy cannot hit everyone with one move.

Quick tips and things to make sure you practice:

This has been part 1 of “Next Level” Please leave and comments or questions below and I’ll answer them as best I can. Be sure to get update alerts by subscribing to be notified of the next part!