The Xbox One Reveal: Why PC Gamers Should Care 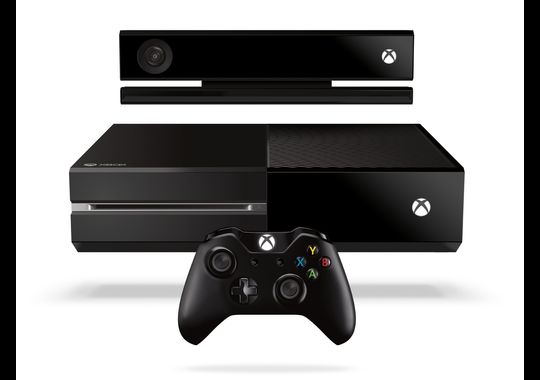 Microsoft’s recent unveiling of the Xbox One revealed a device intended to push the definition of “console”. In fact, it isn’t even officially being called a console; instead the official language calls it an entertainment system. Microsoft hopes that they can entice demographics that weren’t interested in the Xbox and the Xbox 360 by focusing more strongly on live television, sports, and Kinect. The software giant is pushing for the Xbox One to be The Next Big thing, but it remains to be seen if their bets will pay off.

As much as people might play up the consoles vs. PCs idea, the fact of the matter is that each benefits from the other. There are over 77,200,000 Xbox 360 consoles out there, and while this doesn’t come close to the number of PCs, every Xbox is dedicated to gaming. This represents a very significant market, one which will only grow if Microsoft’s bid to focus more on things like television pays off. Because let’s face it: even though PC gaming is getting cheaper, it’s still more expensive and technical than console gaming. Most areas don’t have a gaming center where they can play the latest PC games, so consoles often become the next choice.

But the accessibility of consoles means that more people are playing games, which is important. With a greater market, we are seeing increasing investment in AAA titles. Modern Warfare 2 has been estimated to have had a total budget of $200-$250 million dollars, which I would imagine is more than they would be willing to spend on a single platform title. Maximum return on investment means selling to every market you can, which of course includes PCs. Huge investment in AAA quality titles shows no sign of stopping, and this means more superb games for everyone.

The games market is still growing, as well, and is predicted to exceed a $70 billion value in 2013.

The Xbox 360 and Windows PCs previously had quite similar development environments thanks to Microsoft’s XNA development environment, but they have arguably become even closer with the Xbox One’s transition to the X86-64 instruction set. This is the same group of basic instructions used by Windows, Linux, and Mac OS X. Hopefully this will result in even cheaper multi-platform releases, hopefully meaning cheaper development costs. It might also make porting games a smoother process, leading to better quality controls and interface on the PC versions of console-native titles. And if the porting process is in fact smoother, then this might reduce the delay between the console and PC releases, which can sometimes take several agonizing months.

The shared X86-64 instruction set could lead to more PC native games being developed. Battlefield 3 shone on PC, which is likely thanks in part to its early development focusing on PC rather than on consoles. (Though, later in development the focus was shifted to consoles.) Hopefully this will become a more common trend, as PCs are generally capable of more advanced graphics than their TV-connected cousins. Unfortunately, high-resolution textures and advanced graphics options tend to be left out when games are developed with consoles first in mind.

Microsoft is attempting to implement and new system for how used games work. As it currently stands, people can sell, lend, trade, and buy used games all they want, and the developers see none of the profits. This is disadvantageous for a number of reasons, mostly because more people are able to play the games, but pay nothing to support the related overhead, such as technical support, server infrastructure, and the development of updates. Details on the system are sketchy at the moment and likely subject to change, but as it stands all games will be installed to the drive from the game disk. Once it has been installed once, a unique identifier on the disk is flagged on Microsoft’s servers which marks the disk as used. Other people using the disk will need to pay a fee to Microsoft in order to play the game, though just how much this will cost is unknown.

Currently, no system like this exists on PC. You buy a digitally distributed game, and then it’s yours, but good luck lending that out. It would be interesting to see something similar to this system implemented on the PC, if it becomes sufficiently popular on the Xbox One. On the other hand, the digital game distributors have it so good right now, it might not be worth holding one’s breath.

And finally, there’s the hardware. Xbox 360 controllers work quite nicely with the PC, and it will be exciting to see if Microsoft improves integration with the PC out of the box with the Xbox One. They are natively wireless, but there is a mini USB port on the front for charging, so fingers crossed! What is currently known about these controllers is also very promising. It seems that “over 40” improvements have been made over the 360 controller, so getting to use them on PC would be pretty great.

Not an another addon

Kinect ships with every Xbox One, and in fact will not function without the Kinect plugged in. This new version is much more powerful than the original Kinect sensor: 1080p wide-angle camera that uses time-of-flight technology to measure depth. (Time-of-flight measures how long it takes for a light signal emitted from the camera to bounce back to the sensor, so the distance can be calculated using the speed light travels.) When the original Kinect was launched, numerous clever applications quickly appeared online making use of the technology, but interest quickly waned. With a more powerful and much more prevalent device now on the horizon, there’s a decent chance that this technology could make the jump to PC should it prove successful on the Xbox One. The world is still waiting for that awesome Minority Report computer interface!

PC gamers have a lot to look forward to as the eighth generation of consoles is announced, even if they don’t buy any of the consoles, and it will be exciting to see what each platform contributes to gaming as more specifics are released.