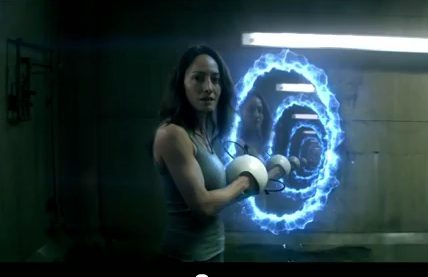 Ever since J.J. Abrams talked about Half-Life and Portal being adapted into a movie (which, is super exciting), it seems like we’re entering this new age of video game movies. Granted, people have tried to turn video games into movies for a long time (take a look at Super Mario Bros and Mortal Kombat). Not amazing, but hey we have to start somewhere.

So here are 10 video games that could be turned into movies:

The Last of Us

The story between Ellie and Joel is so well done that it calls for a really good zombie flick. The game focuses on good decisions versus bad ones, and I’d love to see that translated into a movie. While I don’t think we need a movie about Ellie and Joel (their story ended with the game as far as I’m concerned) I wouldn’t be adverse to hearing more stories about the world they live in (maybe a little movie about what happened to Joel during those 20 years).

The Legend of Zelda

There was a fake trailer ages ago but c’mon, it’s the Legend of Zelda. Who wouldn’t pay to see a movie about it? Live-action or animated, it would be awesome.

The very nature of the game fits really well into a movie – it could be a huge summer hit if done right.

This will probably be an animated movie, but it could be really successful. I mean, anything is better than that Super Mario Bros movie. Although I do wonder how a Mario movie would work…

Once again, there’s been a fake trailer about a live-action Pokemon, which gave an interesting twist on everyone’s favorite pocket monsters. While we have plenty of animated Pokemon movies, it would be cool to have a live-action one that’s inspired from the trailer; I’m talking realistic Pokemon who who actually look tough.

I know that J.J.Abrams is working on this, but Portal deserves to be on this list. There’s so much that the movie could take from the games – the history of the testing center, Glados. Have you seen the fan-made short film, because that looks awesome, and if the real Portal movie messes this up, I might not forgive it.

A Better Prince of Persia

They tried to make a Prince of Persia movie, but it was horrible. Please re-do it, because Prince of Persia was a great game and the first game told a really interesting story. In fact, so did the third installment (we’re not talking about the second game). The movie needs to do the game justice.

Another video game that has some animated movies, but given the nature of its plot, it could also work really well as a movie. Zombie-alien-things in space! The perfect horror film.

A Better Avatar: The Last Airbender

The movie adaption was a failure – it needs to be redone. I hear that there will be a second Avatar movie, so hopefully they’ll learn from their mistakes and improve it. The amazing storyline is already there and you have a large cast of interesting characters.

I know the game juggles multiple stories, but a movie adaption could just pick one of them and tell a really interesting and deep story. Within the first 20 minutes alone I was depressed, I could only imagine what a movie would be like.