Why is Blizzard Delaying Titan? 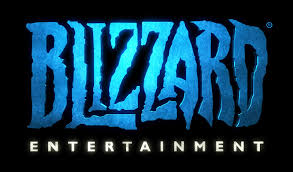 Blizzard Entertainment is one of those companies that has a sort of cult following. If you play one game from Blizzard, you’ve probably tried several. Everyone knows World of Warcraft, but you also hear about games such as the original Warcraft series, the Diablo series (the most recent being Diablo 3, which was released last year) and the Starcraft series. If you’re one of those people who loves Blizzard, you likely heard of the other game that was on the horizon for 2014 – Titan.

“Was” is the operative word here. The other day, Blizzard announced that Titan was going to go through a “reset” and was going to be revaluated with a new release date of 2016 – 3 years from now. Mike Morhaime, the CEO of Blizzard, said that they reviewed Titan and saw that it needed some big changes to cut it in today’s gaming world. The official statement from Blizzard is that it needed a different engine and a different design to keep up with the market as it is.

So why did this happen? But, like with everything, that can’t be the only reason that this whole huge project got scrapped without notice. There are some speculations out there as to why Blizzard scrapped it, and we’re going to look at a few of them here.

The RMAH didn’t work out

If you know anything about the Diablo series of games, you probably played Diablo 3. Diablo 3 introduced something that no MMO had really tried before: a real-money auction house, or RMAH. Blizzard’s intention was for this to become a new model for MMO’s, and it really didn’t work out as they planned it to. Part of it was because Diablo 3 wasn’t as huge of a success as Diablo 2 was. Part of it was because gold sellers ran it to the ground. And lastly, it was because the gear was way too random to be able to sell it efficiently.

All of those worked together to make the RMAH a bit of a flop. Why would that affect Titan? Well, because they probably wanted to implement something similar in their new MMO. The problem is, they don’t have an overly successful model to pull from. So, they could be counting their losses and seeing what else they can do to involve real money.

–        Mists was too repetitive. Lots of repetitive daily quests and grinds were in Mists of Pandaria at first. This made it difficult to enjoy thoroughly.

These are only opinions of the masses, so it’s nothing definite, but they may have tried to put too much of a Mists of Pandaria model into Titan. They realized it didn’t work, so now they have to scrap it and start all over.

It wasn’t prepared for the new MMO model

MMO’s are going the way of free-to-play. It’s just inevitable. Many MMO’s have been free to play for awhile, but the fact is that quality MMO’s are becoming free to play. Perhaps the most glaring example of this is Star Wars: The Old Republic (SWTOR). SWTOR is a high-quality MMO. Can you subscribe? Yes, but you don’t have to in order to check it out. They introduced a tiered system with some bought items, and it’s working for them. Many people are convinced this free-to-play model is the way that MMO’s are going, and Titan probably wasn’t designed for that. This reset may have been because Titan just wasn’t ready to be a free-to-play game.

No one will ever know why Titan was scrapped and pushed back three years, but it’s fun to speculate and think about it. Why do you think that Titan got pushed back? Do you think it’s a good move? Maybe we’ll see the reasons as soon as it’s released in 2016.