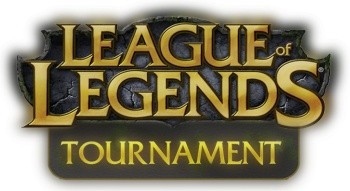 Weekly Meetups Are Now On! Every Saturday Starting @ 6PM!

Are you itching to meet other LoL players in a fun environment? We now offer weekly gatherings dedicated to the game. Drop in Saturday nights starting at 6PM and get your game on! To learn more about League of Legends Satudays, please click here. (Note: we are not currently offering tournaments, so this is the only way to experience League in a social setting).

The following information is for all participants in our event.  It’s a simple flow, and if you’re a novice/ beginner, worry not as we have plenty of staff on hand to ensure a smooth experience.  You may also wish to read up on our player procedures to learn more about how we organize the games. Live updates with bracket information and results will be posted in-real time here.

The tournament structure is decided by how many teams enter. If 12 teams or less compete, the tournament will be in a “double-elimination” format. Teams will be placed in a bracket, and then advanced or moved to the “loser’s bracket” for their next game. When only two teams remain, the final will be contested as follows:

Save 10% on entry fees!  Sign up now for our next tournament. Benefits also include a smoother check-in process and 25% off game time leading up to the event. By pre-registering, you also help inform us of how many participants we can expect, thereby contributing to a smoother experience overall. To sign up and to be auto-notified of future events, please click here or on the button: