A Dota Plus style subscription model will not work for CSGO. 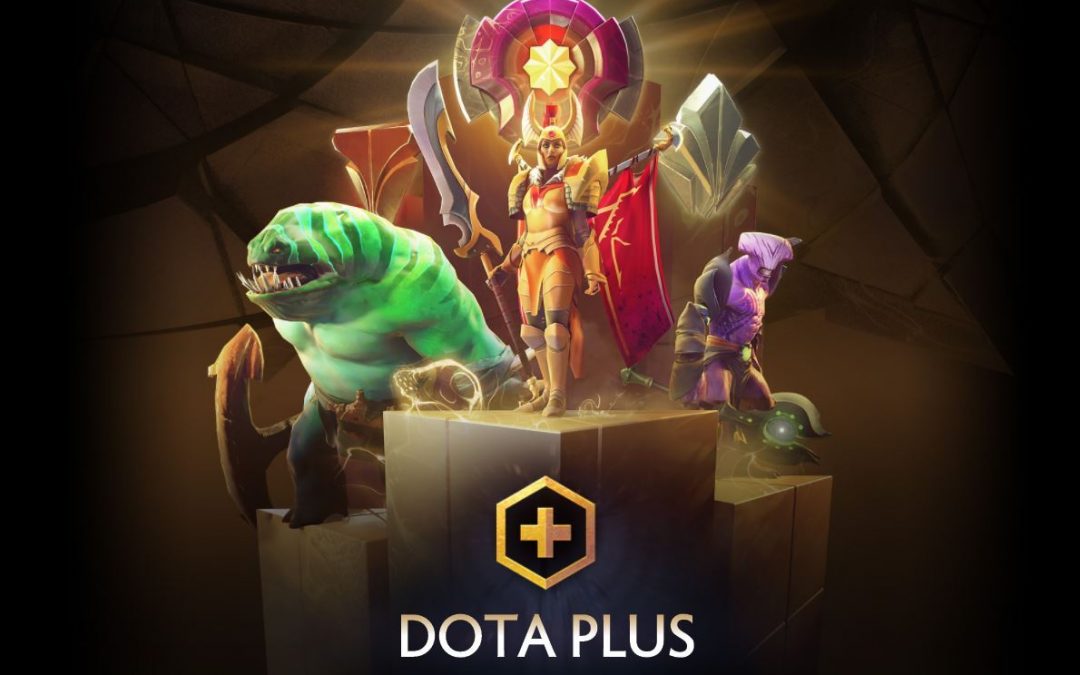 Counter-Strike Global Offensive fans have been clamoring for better in-game features since quite some time. Be it in the form of a better Anti Cheat system, a player queue or an advanced replay viewing experience within the in-game client, CS GO has a long list of demands. But the game has always felt like the younger sibling, especially when it comes to receiving attention from Valve.

The game publisher recently announced Dota Plus, which is basically an upgrade of the former Battle pass system in the game.Valid for a fixed number of days, depending on your purchase, it provides several cosmetic upgrades, features as well as does not have a downtime for their use. The previous Battle Pass system was extremely well received and the community would mourn the downtime in between consecutive battle passes. With Dota Plus, the community can choose how much time they want to use the features on the Battle Pass. Of course, it is a paid feature with a $3.99 monthly fee in a free game. The announcement came as a bittersweet surprise to the community, which had been demanding a battle pass since several months.

A subscription-based model has its pros and cons. The jury is still out about its success in esports and specifically Dota 2. But a similar model will not work for Counter-Strike which is a vastly different game with a different approach to matchmaking.

A brief understanding of Dota Plus.

Valve has announced a Major revamp of the Battle pass system in Dota 2. The announcement defines Dota Plus as an upgrade to the Battle Pass system. The PayWall Debate notwithstanding, this is a huge change to access several key features in the game. The use of AI to help players in making decisions is a big step in how esports will be using AI integration in the future. The implementation in one of the biggest esports titles provides a lot of valuable data into user behavior and habits ( within the game). WIth a monthly price of $3.99, Dota Plus has a number of features with the promise of more to come. Keeping the free to play game balanced with the paid subscription model, however,  will be an uphill task.

The thing is simple.

Dota is still free to play. You can still play the game without ever paying a god-damn penny.

But if you feel stingy to pay $4 for something that offers so much, then I really don't know what to say.

Dota Plus includes features such as cosmetic upgrades, regular weekly tournaments, Hero missions, AI Assistant to help in actual gameplay and live detailed statistics. Before we explore the potential of a subscription model for Counter-Strike; a thorough understanding of Dota Plus is essential. You can read the Dota Plus webpage with their full offering here.

CS GO has a different set of problems compared to Dota 2, most of which remain unsolved.

While there are similarities, some of the biggest problems for Counter-Strike do not exist, at a similar level to Dota 2. Counter-Strike has a blatant cheating problem, especially on the public matchmaking with ‘spinbots’ still being undetected by VAC.  Valve’s anti-cheat (VAC) has proven to be woefully inadequate when it comes to keeping cheaters and hackers outside of the game. The presence of hackers at the highest ranks in public matchmaking is what drives users to third-party ladders. The significant number of concurrent players on third-party ladders is evidence of a gradual failure on the part of Valve.

Being an FPS game, Counter-Strike will always be at a disadvantage when it comes to the battle with cheaters. However, prompt action and lots of efforts in the anti-cheat can create a much better and cleaner matchmaking system. Third party companies such as FaceIT and ESEA have 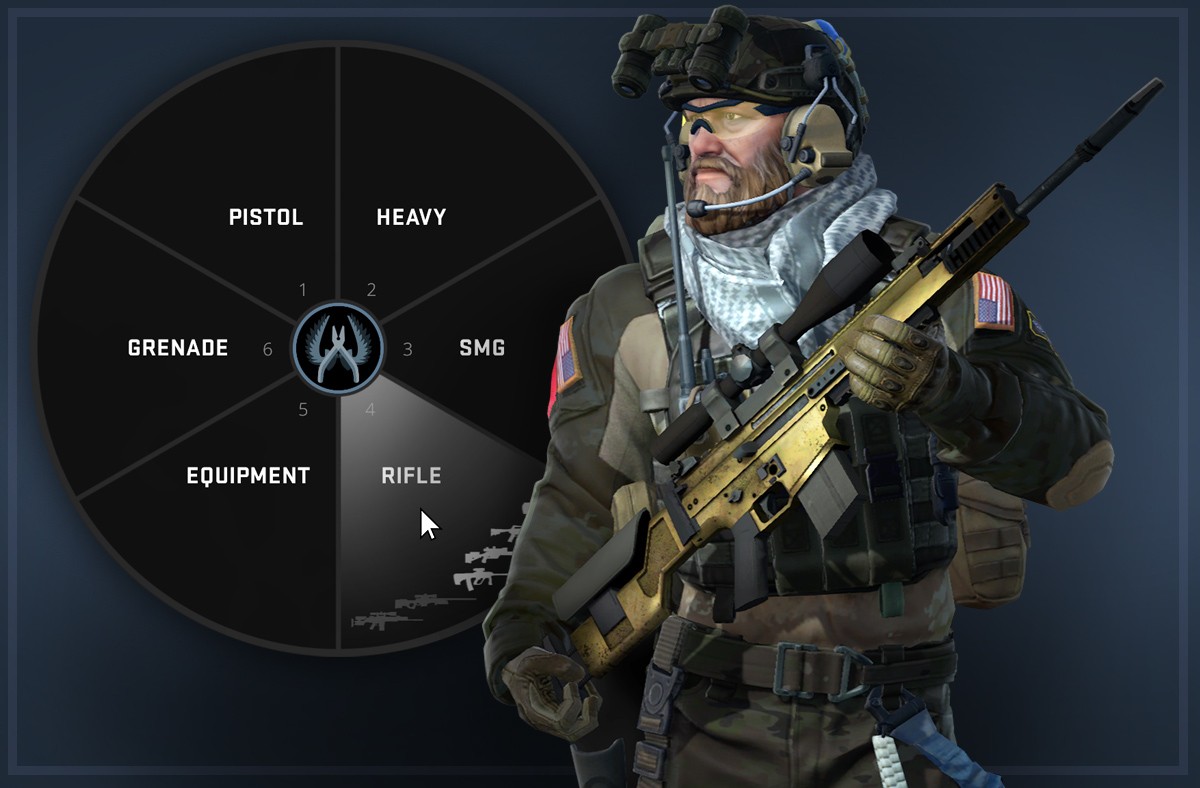 been providing similar services for years and have been successful at it. The fact that their anti-cheat is heralded as much better than the game developer’s anti-cheat is something to think about considering the amount of data with Valve. Their ( FaceIT) rapid growth is a testimony to the fact that a good anti-cheat and a pleasant experience in matchmaking form some of the basic demand from players. Users have been resorting to paying third-party organizers a monthly premium subscription in order to ensure a better matchmaking experience. Most of the professional Counter-Strike players do not play Valve matchmaking due to this very reason. Their endorsement of third-party ladders definitely should be a cause of worry for Valve.

The CS GO game client has not received significant visual and performance upgrades for quite some time. The game client lacks several key features, one of which remains the inability of users to access their settings while searching for a match. The inability to watch your friends’ matches or do anything worthwhile during queue-time definitely feels very clumsy. This is in stark contrast to the Dota 2 game client which received a massive upgrade in September 2015. The game client was ported to Source 2 engine which was the latest engine in the Valve arsenal. The Source 2 engine provides an easier means to create content which was, in Newell’s words, “Sluggish and painful” with the previous engine (Source Engine).

Surprisingly despite porting Dota 2 to Source 2 several years ago, CS GO still remains on the original Source engine. How does this impact the content creation for CS GO? Is the Source engine a hindrance to the developers? They would not have us believe so. So that brings us to the question, Where is the new content in Counter-strike? These questions would not have been mentioned if the actual content in CS GO would move forth. Apart from the Pick-em Predictions and infrequent game balance updates, there is nothing to add to Counter-Strike. The absence of a proper ladder system, the poor Game Client and lack of faith by CS GO Pros put Counter-Strike in poor light.

When Dota 2 had their compendiums and battle passes, CS GO had regular Operations. The Operations would add new maps, new game modes as well as cosmetic items available from loot boxes. But the frequency of Counter-Strike operations has reduced with each subsequent year. The previous year saw just one Operation being released in 2017. CS GO has a very healthy esports scene, but the development of the game client and adding new features has been a rare sight.

What can the Subscription model provide in CS GO? And will it actually be beneficial?

Counter-Strike players already use the subscription model on third-party clients and websites such as FaceIt and ESEA. These websites provide features which provide a much better matchmaking experience than the Valve. The price of these monthly subscriptions might be on the higher side when compared to Valve’s Dota 2 Plus pricing. However, the benefits of using their system and the prompt action taken by FaceIT has definitely been one of the reasons for the phenomenal growth of these services. The lack of hackers and cheaters in such a system ensure good quality games on a consistent basis.

At the same time, the actual number of players on these third-party websites is quite small when compared to the actual number of CS GO players. FaceIT featured 70000 concurrent players, which is small compared to the number of concurrent players in CS GO at any given point in time.  The huge market available for any CS GO product should be a valid reason for Valve to focus on upgrading the CS GO experience for the average user.

Dota 2 Plus provides free cosmetic items, regular challenges, detailed statistics about your hero, it’s skill build and progress throughout the game. Similar features can be implemented in CS GO and would actually be quite a popular post game. However, unless Valve can fix their poor anti-cheat performance, the subscription-based model will be a failure.

A subscription model would probably be counterproductive to Counter-Strike.

There has been a stream of comments and tweets mentioning how Dota plus is similar to a Pay 2 win feature. It will, in essence, change the game at its roots and supposedly provide an undue advantage to the Dota plus members. While we disagree with this reasoning, we are here to talk about its potential impact, if implemented, in Counter-Strike Global Offensive

At its core, CS GO is quite different from Dota 2 in gameplay. The comparison between an FPS game and a MOBA has so many layers to it. Dota 2 is a primarily a  strategy based game which has thousands of potential scenarios for each decision. While the initial hero veto phase does play a significant role, item choices, hero movements, skill build, talent build all add up to the final outcome of a match. Counter-Strike, on the other hand, has an equal distribution between aim and strategy, thereby reducing the impact of strategy in the final gameplay.

Providing statistics live within Counter-Strike would actually be counterproductive to the game. CS GO statistics are best viewed outside of the game to review your mistakes after the game.  Learning the opposition’s playstyle is effective only when you have an idea what they will do in certain situations. It can be used to prepare yourself for an upcoming match and predict correctly the movement of the enemy team.  But if providing live statistics and suggestions is implemented in an aim based game like Counter-Strike, it will create a big disadvantage for new players.

The only statistic that can be provided live in the middle of a round would be the potential suggested movements of the opponents. Gaming the suggestions would be an easy task since the movement across the map depends on several factors which include health, weaponry, time left etc. It would be a big distraction to constantly view suggestions during a round and can lead to your ultimate loss in the round.  Gaining an extra second in firing your weapon has a big impact on the outcome of the duel.

The fact that Counter-Strike does not have as much variance in terms of weapons is definitely one reason why live statistics are a distraction than a help. Once the round starts, players get a small time window to make their purchases. Counter-Strike could potentially provide suggestions via AI during the weapon buy period. However, it is not something that is a complex decision for most players. The use of AI in Counter-strike would actually prove to be ineffective compared to Dota 2.

The Subscription model for Dota 2 Plus cannot be implemented in Counter-strike as it is. The two games are very different at their cores and have varying levels of complexity. Counter-Strike is primarily an aim based FPS while Dota 2 is one of the most complex MOBA in esports.  Without fixing the various problems in Counter-Strike, the introduction of a subscription model will be very controversial and ineffective. Valve should focus on fixing the many problems facing Counter strike today starting with theIn-Game Client.

Do you think you would pay for a subscription model with better VAC, a better in Game client and potentially more skins? Let us know in comments and make sure to subscribe.