Elo Hell is a pretty common topic nowadays, to me it’s a division where you’re visibly better than everyone else but not better enough to single-handedly carry them. Then you start complaining about how bad your teams are and what not. Thing is, even if they are bad, if you cannot carry them, you don’t deserve to be in a higher division.

Escaping “Elo Hell” in low elos is especially easy due to the flaws and mistakes bronze players make. Your enemies are there for a reason as well, take advantage of that. I managed to boost an account from Bronze V to Silver V without losing a single game, having played jungle and mid only.

Now, how do we take advantage of those mistakes? Well, it’s actually pretty easy.

1. Warding – Low elo players and especially people in bronze have a horrid map awareness most of the time, and even if they do ward, they most likely won’t even see you coming until you’re right on their face. Where to ward you ask? Well if you have a ward in your inventory and you’re wondering “What do I do with this ward, do I place it, do I keep it”, well, just do it. Having vision is better than just keeping back 75 gold in your inventory, just ward where ever you feel like is necessary. If you’re losing a game, it’s probably a good idea to ward your own jungle and pick people off. If you’re winning, you should have control and vision of their jungle. Just ward, isn’t really that complicated.

2. Poor item builds – Low elo players would usually build the same type of thing, thinking every champion has an unique item build, when another item would’ve been a better choice. That regards you as well, think on what you’re building and if it’s the best choice for the lane you’re vs-ing. Situational item builds are key to carrying, and there’s a lot of guides out there that state what you can do if you bought x item on y champion and if it will actually be a viable choice. 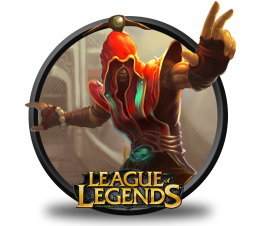 3. If you’re lvl 6 on your second buff rotation, you should be looking to do something at botlane, get a kill, tower most likely, get dragon and more gold for your team. Objectives should always be above kills at all times, take drake whenever it’s up. As Vi you can even take solo Dragon once you’re 6 or 7. If you’re any other lane, you should probably try and consent your own Jungler to focus botlane and try to do something there. Dragon and botlane are usually the things that win a low elo game, so take advantage of that.

4. The only difference between Bronze and Diamond is: Champion mechanics, reaction time, decision making and not throwing games. Improving your personal champion mechanics isn’t hard at all, just practice them in Normal games or Co-op vs AI, whatever you’re comfortable with. Cs-ing or in short terms farming is important as well, so try going in a custom game, picking a champion you’re comfortable with and get around 80-90 cs by 10 mins. If you don’t make it, practice again. Cs-ing will do you wonders, I recommend trying to cs without any runes or masteries which you’ll find a lot harder. When you head into a normal game with your runes and masteries you’ll find cs-ing a piece of cake. That’s what you need to win lane, improving lane mechanics is also crucial. In Bronze, you should look to win your lane without needing your Jungler’s help.

5. Which leads me to the point that you shouldn’t rage at your teammates for not doing anything. Even if they do feed their lane 0-7, they already feel bad enough to be listening to your trash talk towards them. The game is still carryable, if you have the proper knowledge.

6. Play Duo Queue with someone you’re comfortable with – Don’t get me wrong, carrying a game by yourself is hard, really hard, even for Challenger players themselves playing at a Gold I – Plat elo. This reddit thread covers most of what I’m trying to say: . Duo Queing reduces the chances of you recieving teammates that are not familiar with the game as much as 1 person, but if that one person has the sort of specific skillset that you want to have or already have to carry yourself out of “Elo hell”, then you’d surely have no problems closing out games and gaining elo. And yes, playing Duo Queue raises the enemy team’s MMR by a bit, but after all, if you’re good enough, a small change of MMR shouldn’t really affect you in carrying a game with another person. You’re playing to get better, after all, and what better way to get better than playing against someone who’s had more experience than you.

We recommend all our fans check out our #1 most popular article we’ve published thus far: The Next Level. Part 1: Awareness