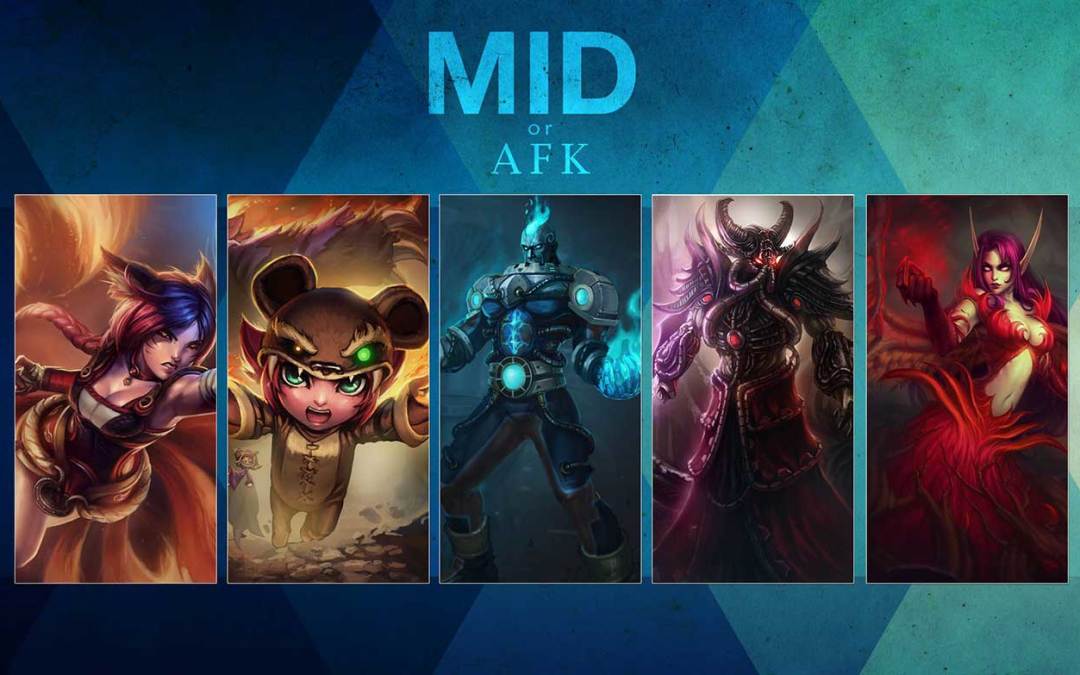 As in the real world, in Solo Queue players always have a mentality of their own. Even Toxic Players have one. What a mentality is pretty much a way of thinking. In Solo Queue your mentality can make you a better player, or make you a worse one. Here are some examples of different mentalities: 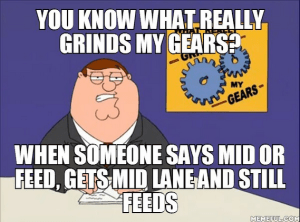 Toxic Player #1: I wanna play jungle this game. If I don’t get to jungle I’ll just go afk. Average Player #1: I’ll just play whatever is best for the team and hopefully we can win! Toxic Player #2: Maaaan… I got this! This game is gonna be so easy. I’m so good at Vladimir! | *0/8 after 12 minutes in-game* | Allchat: Please report my ******* jungler.. zero ganks so I lost lane. Average Player #2: I have to win lane and carry from there.

Sadly some players (most often the toxic ones) often stick with their mentality and go into games with the same mindset over and over again. That’s the reason why so many games are lost. Some people just like the concept of PvP and when they play League they go for kills and teamfights way too much. They don’t understand that the goal of the game is to push and take down the enemy Nexus, not to constantly go for kills.

Other people who are tilting and go into ranked expecting to get a win, when stuff isn’t looking too well they just give up hence they’ve already lost too many games in a row and are probably frustrated.

Just don’t have a bad mentality for ranked games in general. Don’t just go into a ranked game expecting to win/lose (Unless you’re smurfing at a lower elo and you know you can win), don’t go into games with a bloodlust for kills, try and think what’s best for your team. You have to know if the moment is right for pushing, team fighting or objectives. Don’t just think that getting kills or team fighting are gonna win you games and don’t go into games expecting to get a role.

Just don’t expect anything out of the game, don’t think about the past or the future, think about the present and what you can do to make the game better. Whenever you do something, ask yourself if that’s the right decision. If your mentality is rock solid, your chances of winning games and keeping your cool and thought processes going on will be significantly higher. 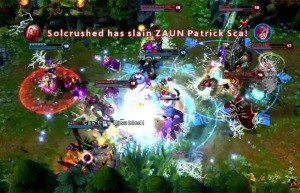 And please, don’t ever blame your teammates in Solo Queue, it really doesn’t help anyone and you’re just hindering the remaining chances of winning you have left. Try to understand other players, not everyone is like you. Even if your teammates are feeding and not doing as well, you have to understand that they might not be as experienced as you, they are still learning and are trying to improve. Or maybe they just had a bad day and want to relax with a game. Don’t just get angry at your team because of how the game is going. Instead, brush off what they did, play it cool, inspire them to give it one more go to win. Raging at your team never helps in ranked, League of Legends players are like fragile kittens, don’t make them play even worse due to the way you’re feeling.

And of course, vice versa, the ignore button is your friend. If someone starts raging and just explodes in champion select or (insert number here) minutes into the game, don’t hesitate to mute/ignore him. It just shows that he’s completely toxic and has nothing to say that would actually make some sense. No matter how tough you are, the word will get to you and your mood will probably be ruined as well if you get called a “noob”. Just don’t fall into the toxic graph as well and rage back at them. They only want to provoke you and get your attention.

You’re not special. Don’t go into a game and act as if everyone is your bitch. To your teammates you’re just some random guy they have to queue up with for a single game. Don’t overestimate yourself thinking you’re better than everyone else, there’s always going to be someone out there in this world who is better than you are. And there are going to be games where you don’t perform to your fullest extent, which is fine.

And the most important tip I can give for Solo Queue is: Don’t be a whiny bitch. That’s really the best tip out there, hence, let’s face it. If you had a dollar for every time someone wrote something like “Report (insert champion here) because blah blah”, you’d probably have enough for a new car. Don’t be that person and please at the very least, try to be a half-decent human being.